Steinlager, the official beer of the Rugby World Cup 2011 host nation’s New Zealand All Blacks, has released 2 limited edition, commemorative  packages: A White Can & Black Bottle. This innovative packaging strategy should help undermine Heineken and their Official Beer Sponsorship of the Rugby World Cup. I would have liked to seen the Allblacks logo on each package to help illustrate/strengthen their corporate sponsorship to loyal fans and more importantly, tourists.

Steinlager has been the oldest sponsor of the Allblacks and dates 25 years of sponsorship. The white can which made  1st made an appearance in 1981 and was discontinued in 1982 is back to emphasis its ‘Unconditional Support’ says Todd Gordon, Lion’s premium beer marketing manager. With the support of DDB New Zealand, here is the “We Believe” TV creative along with some print/OOH executions. 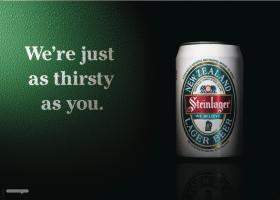 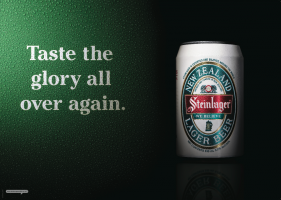 Do you have your lucky charm?